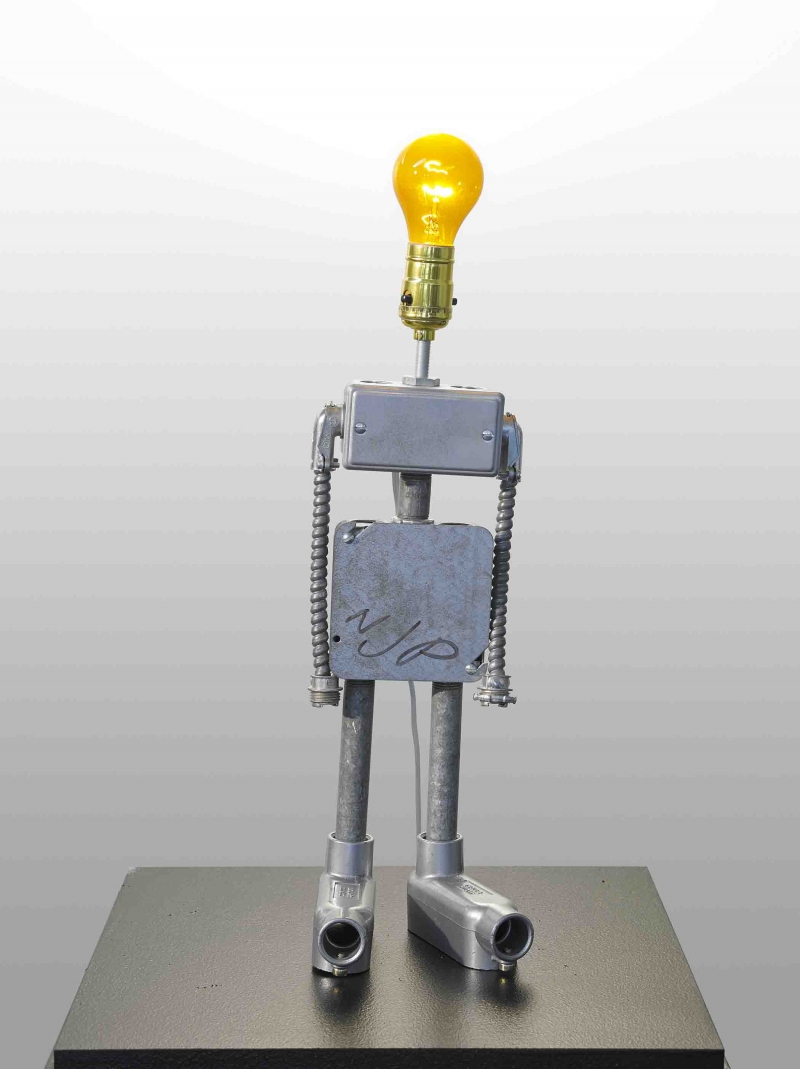 © Estate of Nam June Paik, from the Collection of the Castellani Art Museum of Niagara University

Nam June Paik is internationally considered the father of video art. His work ranged from video performance and installations to sculpture and television production. Reflective of his creative process, his sculpture is unique and innovative, and reflective of his interest in technology, science, and communication. Paik manifested these interests in a singular and inventive manner in his art work. As an early proponent of the video camcorder and synthesizer, the artist laid the ground work for future artists’ exploration in this media.

In Robot, Paik mixes and modifies electrical components into a form that represents a techno-human figure. In the creation of this work, he used commercial electrical conduit lines, fittings, and junction boxes. Materials meant to protect electrical wiring are used like a human skeleton for structure and metallic skin to protect nerves and organs.  His use of the light bulb as the robot’s head has become a cultural icon; a universal symbol of man’s creative thought symbolizing the onset of idea.