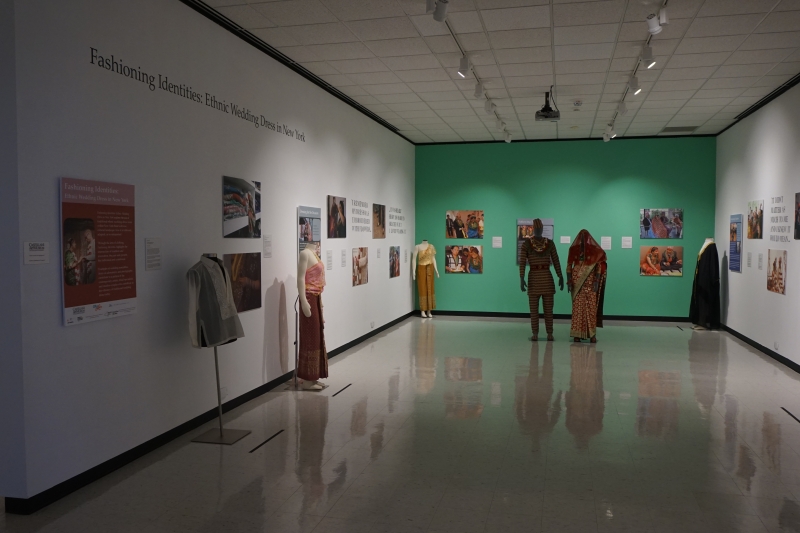 Ethnic wedding dress refers to the traditional clothing and adornment worn during a wedding ceremony that expresses ethnic identity. In contrast with everyday wear, a wedding ensemble communicates and emphasizes special meaning connected specifically to the ceremony.

Through the lens of clothing, Fashioning Identities highlights the intersection of tradition and innovation, the past and present, the individual and communal through examples of wedding ensembles, items of adornment, and photographs of wedding traditions from Bhutanese Nepali, Filipino, Chinese, Thai, Oaxacan, and Arabic communities in New York.

Fashioning Identities was a multiyear research project made possible through CityLore, the New York State Council on the Arts with the support of Governor Andrew M. Cuomo and the New York State Legislature, the Coby Foundation, and in part by an award from the National Endowment for the Arts.