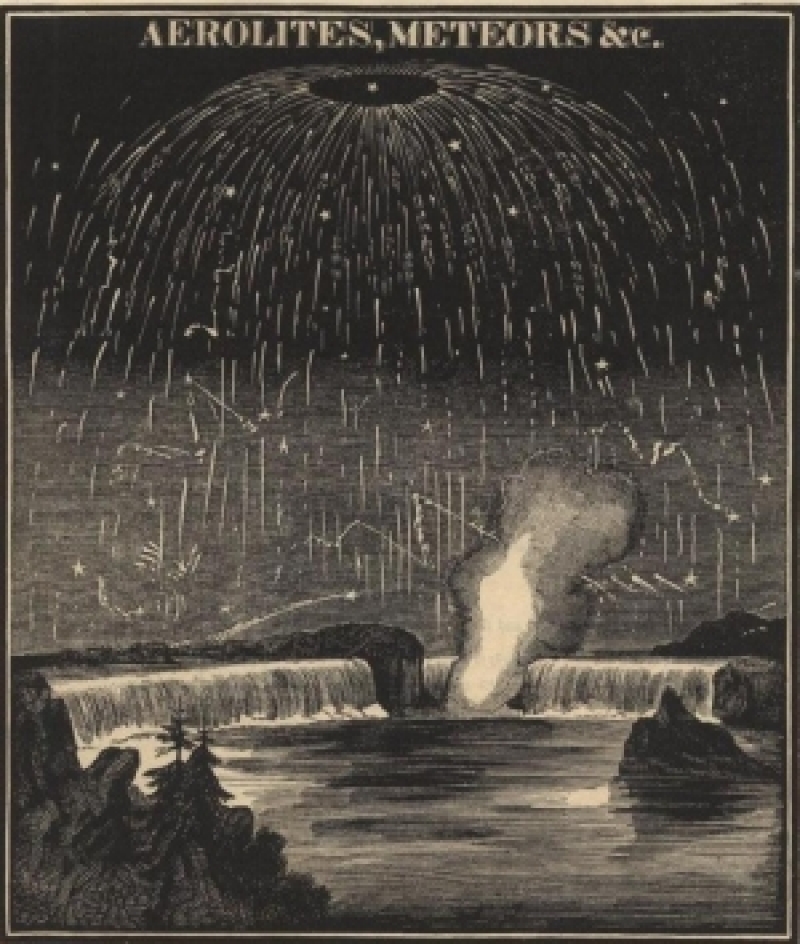 Asa Smith, View of the Meteoric Shower, As Seen At Niagara Falls On The Night of the 12th & 13th of November 1833, Smith's Illustrated Astronomy, Designed for the Use of the Public or Common Schools in the United States: New York, 1863, wood engraving. Castellani Purchase Fund, 2009.

The moon, our closest celestial neighbor, has aroused the imagination since prehistoric times, inspiring myth, superstition, poetry and the visual arts. Because of its phases, the moon has long been considered a symbol of the fickle and changeable. The full moon was blamed for causing madness. Early psychologists had no doubt about the moon's effect on our mental states. The "lunatic" was separated from the chronically insane, and extra staff was called to the asylums during full moons.

Beyond myths, lore and modern science exist a vast number of artists who were inspired or influenced by the many faces of the moon. The works presented in Fly Me to the Moon: A Celebration of Celestial Bodies were selected from the Museum’s collection. Celebrating works of art depicting our lunar neighbor, this exhibition features works from artists as varied as their mediums and creative styles and is a thematic complement to the Castellani Art Museum’s gala fundraiser Saturday, October 16, 2010.