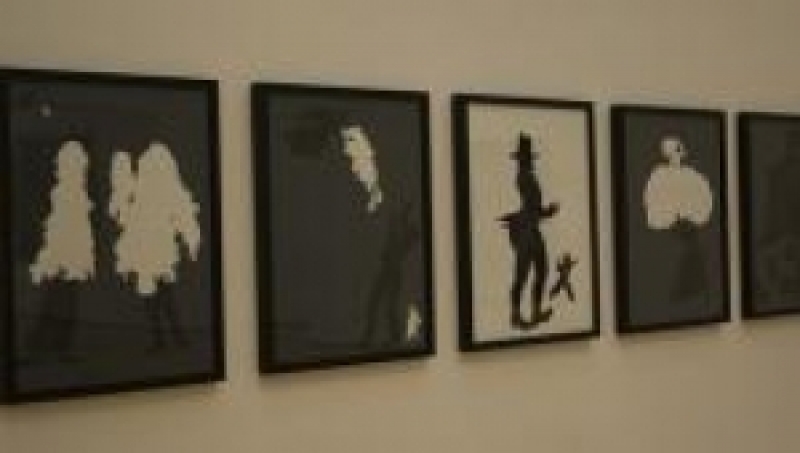 “Kara Walker is among the most complex and prolific American Artists of her generation. Over the past decade, she has gained national and international recognition for her room-sized tableaux depicting historical narratives haunted by sexuality, violence, and subjugation … Walker’s scenarios thwart conventional readings of a cohesive national history and expose the collective, and ongoing psychological injury caused by the tragic legacy of slavery.” (www.walkerart.org/karawalker)

An exhibition of prints by Kara Walker, a prominent African American artist, at the Castellani Art Museum of Niagara University, was held from February 15 – May 31, 2009. The Emancipation Approximation consisted of twenty-six 34” x 44” prints, done in the style of cut-out silhouettes. The title references Lincoln’s Emancipation Proclamation, freeing the slaves in the later stages of the Civil War. The prints were loaned to the Castellani from the Albright Knox Art Gallery, which owns the series.

Jennifer Bayles, the Albright-Knox’s Educator for Special Projects, describes the series this way: “Kara Walker’s black and white silhouettes of sex and violence in the antebellum American South have been causing controversy since they were first exhibited in the mid-1990s. Appropriating the nineteenth-century, middle class craft of the black paper cut-out, Walker makes images that seduce with their seeming simplicity and elegance and then shock with the disturbing and, to some, patently offensive stories they tell.”