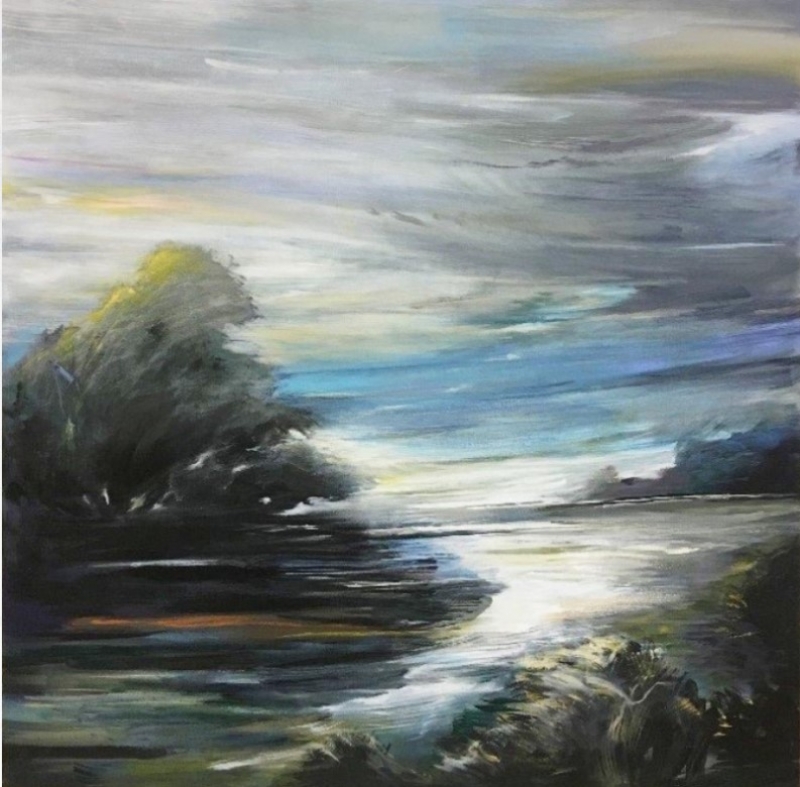 “Nature has spread for us a rich and delightful banquet. Shall we turn from it? We are still in Eden. The wall that shuts us out of the garden is our own ignorance and folly.”

“We stand now where two roads diverge. But unlike the roads in Robert Frost's familiar poem, they are not equally fair. The road we have long been traveling is deceptively easy, a smooth superhighway on which we progress with great speed, but at its end lies disaster. The other fork of the road — the one less traveled by — offers our last, our only chance to reach a destination that assures the preservation of the earth.”

The students of Fall 2021’s Introduction to Museum Studies course (AHM252) selected a variety of works from the Castellani Art Museum’s collection that suggest a dialog on the relationship between people and the Earth.

The unspoiled majesty of America's wildernesses led many early 19th century artists and writers to see it as a mythical garden: a new Eden.

Inspired by pioneers like conservationist and nature writer Rachel Carson, more recent works reflect on environmental degradation and our consequential impact on nature.

From idyllic landscapes to abstract sculptures, students sought to reflect this multifaceted dialog through a mix of styles, periods, and mediums. Symbolic of humanity’s sprawling colonization of nature, these works fill the gallery walls, blotting out the empty spaces.

Losing Eden? invites you to reflect on this legacy and our ever-shifting relationship with the natural world. What is your Eden, and what would you do to protect it?