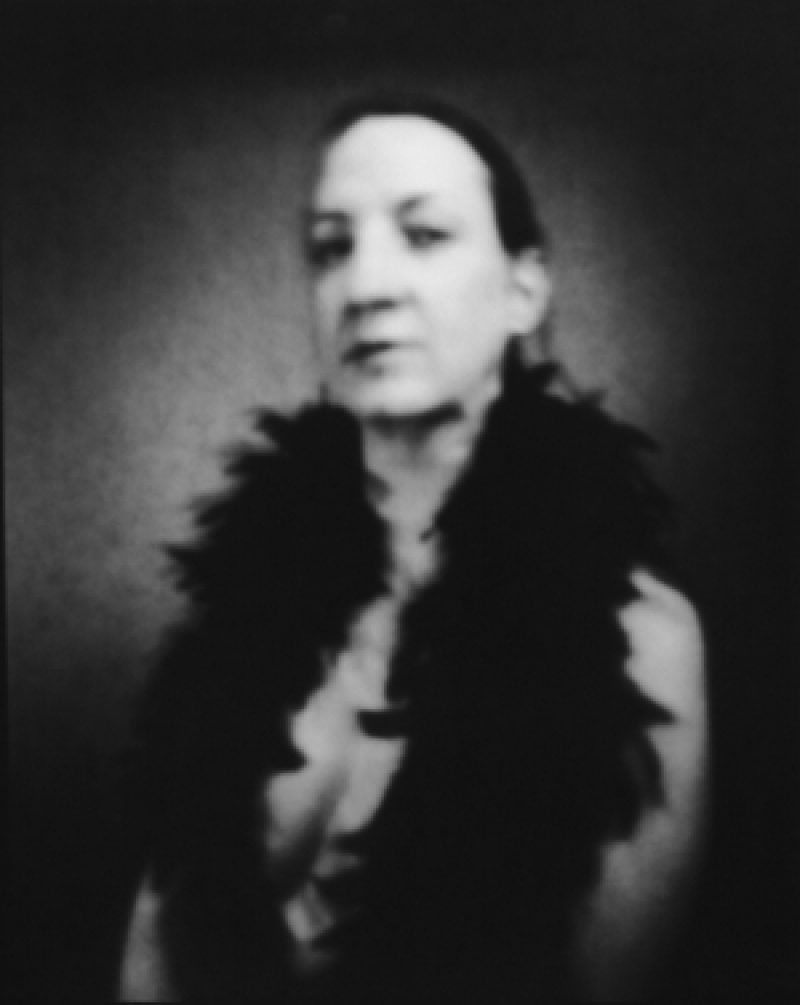 Stolen Souls, Willing was a portrait series spanning a ten year period, from 2000 to 2010. The artist constructed a large pinhole camera that would accommodate a 20 x 16 inch paper negative. Each sitter was asked to position him/herself in front of the camera and remain as still as they wished for 15 minutes (this exposure time was one part pun, one part trial and error). Studio lighting and backdrop were kept intentionally minimal. The subtle movements of each sitter over the long exposure time, combined with the softness of the pinhole format canceled out the sharp detail normally associated with formal portrait photography.

The resulting contact-print positives suggest something beyond a mere likeness; the energy of each sitter contributing to the erasure of their form, expanding into a notion of the spirit. The title refers to the belief (antiquated, yet still extant in certain parts of the world) that the act of taking someone's photograph will steal their soul.