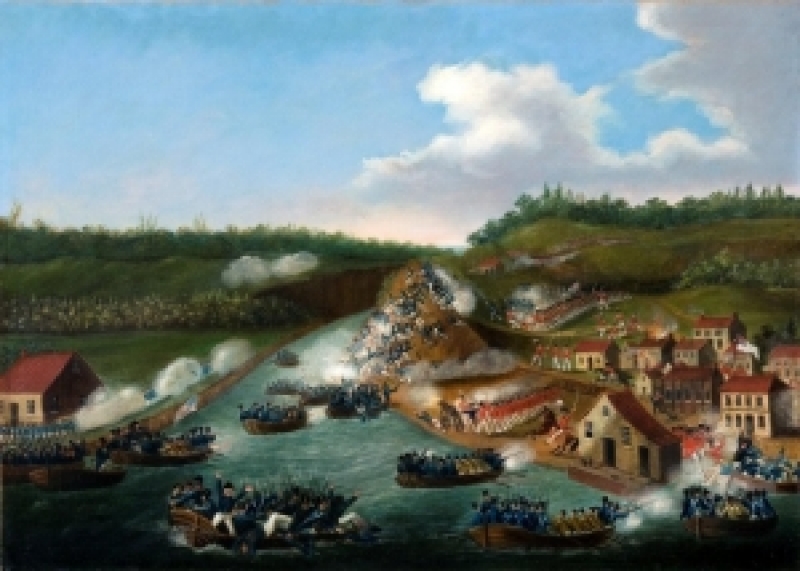 This exhibition explored the role of books and related visual arts in the marketing of the Niagara region as a premiere tourist destination before and after the War of 1812. The exhibit first showed how ideas of the picturesque and sublime developed beginning in the 18th century. These concepts were later used to market Niagara Falls as a natural wonder of unspoiled beauty and awe-inspiring power.

Richly illustrated fine books, travel guides, maps and skillfully rendered prints (many based on paintings by the 19th century's best known artists) all helped to attract visitors to the Niagara region. Following the War of 1812, former battlefields and war monuments were added to the list of the region's tourist attractions. On the lighter side, humorous satiric texts and illustrations show the battle between the sublime and ridiculous as the Falls were exploited by industry and rampant commercialization.

Lecture: The History of Tourism in the Niagara Region

John Percy, President and CEO of the Niagara Tourism and Convention Corporation

Reading and interpretation of the poem, The Foresters, which describes a journey, by foot, from the lower Niagara River to the Falls in the Autumn of 1804

Reading and interpretation of the 19th century comic masterpiece: The Tour of Dr. Syntax in Search of the Picturesque

This exhibition and related events are free of charge and will take place at the Castellani Art Museum of Niagara University. The exhibition is made possible, in part, through a grant from the Niagara 1812 Legacy Council.