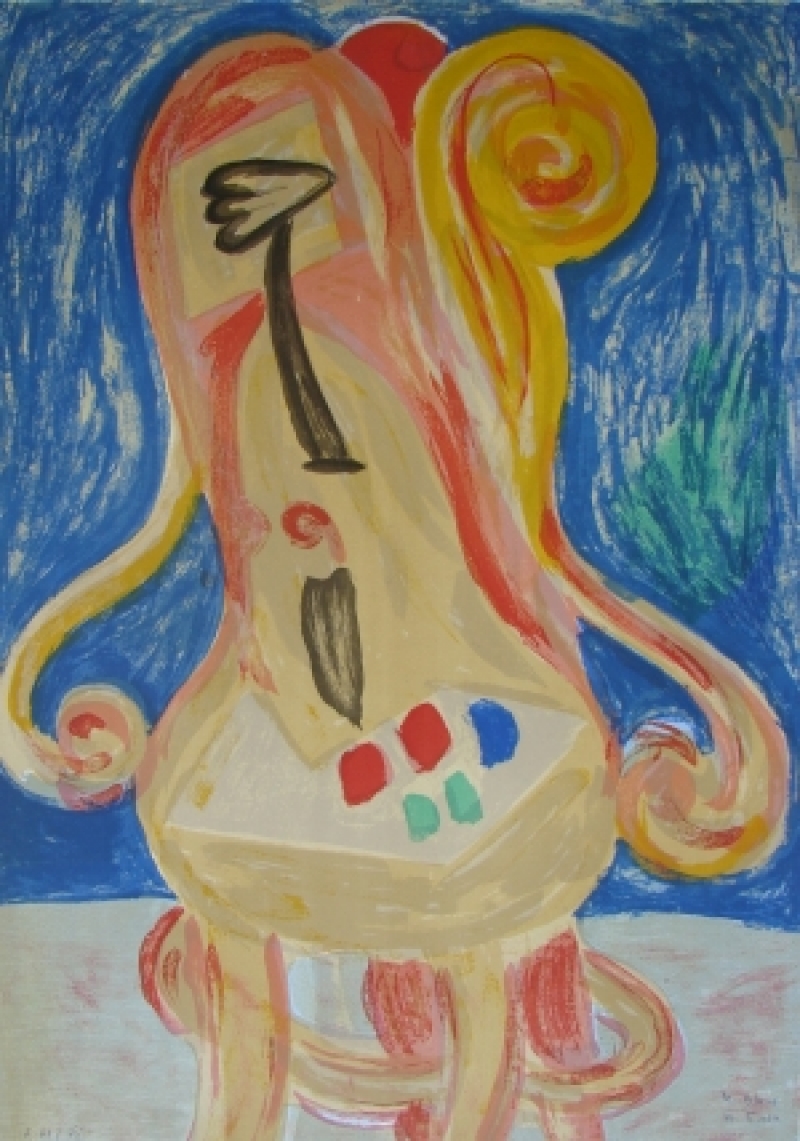 Vision Russe was a collection of lithographs based on the Russian Futurist sound poetry of Vélémir Chlebnikov and created by modern Russian artists who immigrated to Paris around the time of the Russian Revolution of 1917.

Sound poetry focuses on the phonetic pronunciation of words rather than their literal meaning. Likewise, these artists used abstraction rather than a literal representation of the visual world to promote the idea that an artwork can stand by itself.

The movement Russian Futurism (also known as Cubo-futurism) was developed by artists and poets in 1912 who were inspired by the dynamism, speed, and restlessness of modern urban life. Russian Futurist painters adopted the forms of Cubism and combined them with the Italian Futurists' representation of movement. These artists rebelled against the static artworks of the past, choosing instead to create works of movement and energy through color and abstraction and were intentionally controversial for their time.

While determining a theme for a student-curated exhibition, we chose to display works that were colorful, futuristic, and showcased the art of many artists with different approaches to the same subject. Housed in the Castellani Art Museum’s collection of modern and contemporary art, it was brought to our attention that these modern artworks, which comprised two portfolios (VISION RUSSE I and II) had never before been exhibited in their entirety at the CAM until now. This collection of artworks perfectly aligned with our theme.

To honor the concept that the artworks stand on their own and elicit various responses in our viewers we decided to eliminate wall labels. We have, however, provided a gallery brochure with information about the artists. We hope you enjoyed the show and developed an appreciation for the work of these pioneering artists.